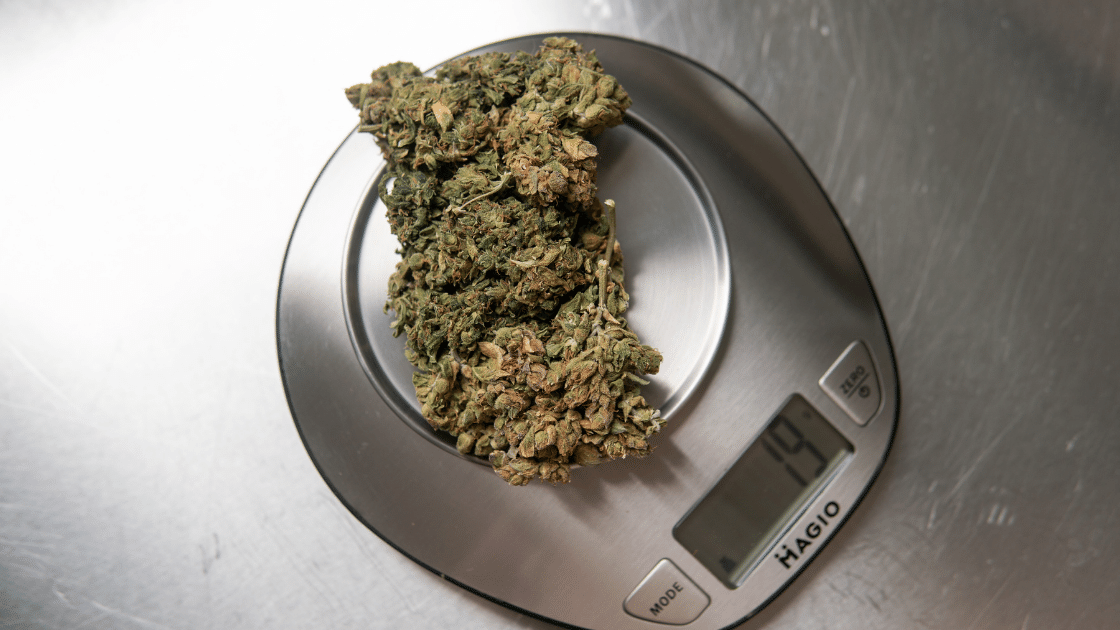 Do you think cannabis measurements are confusing and time consuming? We do too! Lucky for you, we’ve made it nice & easy, and have done the math for you. Cannabis is priced by weight, so when you’re in a dispensary, you need to understand exactly how much you’ll be getting for the amount you want to spend.

However, it can be confusing, time consuming, and a little overwhelming trying to work this out. Fortunately, we’ve made it nice and easy and have done the math for you.

Before we get started, keep in mind that: 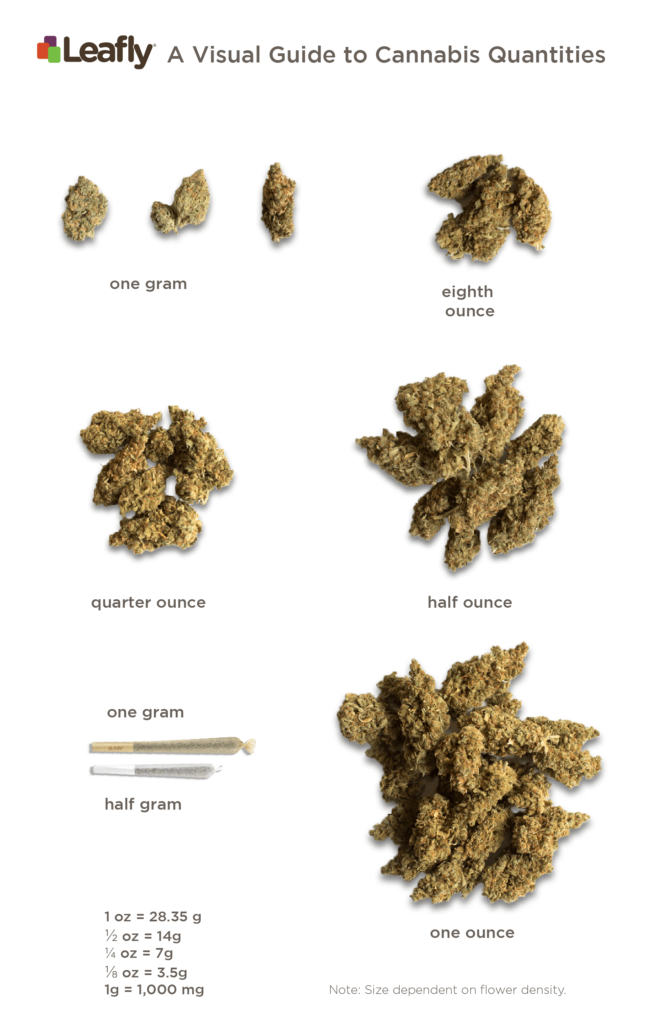 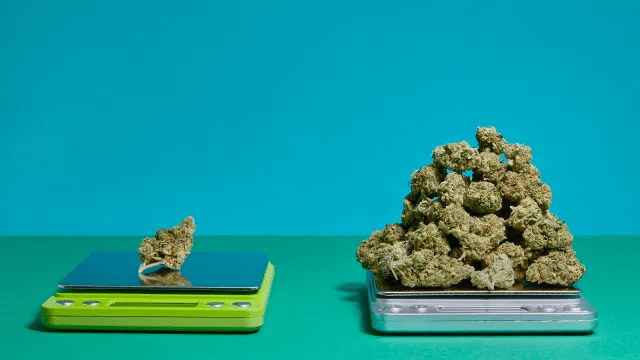 An ounce of cannabis is the largest amount that you can buy at a dispensary. In many states, including Massachusetts, it is also the legal amount you can carry.

One ounce of cannabis is roughly 28 grams. To be exact, it’s 28.3495 grams, but the gram weights are usually rounded to a whole number for simplicity. This is usually enough for about 60 joints.

To help you visualize what an ounce looks like, it’s about the size of a coconut. From a comparable weight perspective, other things that weigh an ounce are:

Since an ounce of cannabis is the largest size you can buy, it’s the most expensive. Despite this, some people find that buying larger amounts is more convenient and better value for money.

In Massachusetts, you can expect to pay around $284 for an ounce of cannabis.

The next size down is a half ounce of cannabis, colloquially known as a “half-O.”

A half ounce of cannabis weighs around 14 grams, which is about the size of a grapefruit. You’ll probably be able to get 30 joints out of this. Similar weights would be:

The average price for a half ounce of cannabis in Massachusetts is about $142. One of the more popular choices is a quarter ounce of cannabis, also known as a “quad” or simply “Q.”

In Massachusetts, people generally pay around $70 for a quarter ounce of cannabis. One of the most popular cannabis measurements for regular use is an eighth ounce. Based on the price per gram, people see it as one of the more affordable options.

An eighth ounce of cannabis weighs about 3.5 grams. Typically, this yields six to seven joints. Similar weights would be:

People in Massachusetts often pay over $40 for a quarter ounce of cannabis.

If you are looking for affordable cannabis, you’ll want to try Bud’s Goods’ very own product, “The People’s Eighth.” At just $25, The People’s Eighth has earned the reputation of being the “cheapest eighth in the state.” With THC levels between 18% and 33% and a variety of str

ains to choose from, it’s something you’ll want to get your hands on!

There are two products of The People’s Eighth to choose from: A gram of cannabis is typically the smallest amount you’ll be able to buy from a dispensary. It’s about the size of a grape and should be enough for one to two joints.

If you’re a beginner to cannabis, a light consumer, or trying out a new strain, you may benefit from buying smaller amounts, such as a gram.

A gram of cannabis is the most obvious weight as it weighs 1 gram. Which is equivalent to about the weight of a single paper clip.

In Massachusetts, you can expect to pay at least $10 for a gram of cannabis.

You may have heard the term “dime bag” thrown around. This simply refers to $10 worth of cannabis—so it’s often used as another name for a gram of bud.

Hopefully, now you have a better understanding of the language, weights, and costs of the most common cannabis measurements. This should make it a lot easier for you when you’re at a dispensary and helps you know what to expect from your purchase.

Don’t forget to pop into one of our three locations to try out The People’s Eighth—you can find us in Worcester, Abington, and Waterton, Massachusetts. If you don’t live in any of these locations, not to worry, as our product is also available from other suppliers. Feel free to take a look at this handy map for more information. We’d love to share our creation with you, and believe us, you won’t want to miss out!